from 4th till 10th of March
discussion with authors: 6th of March, 8 PM on the Zoom platform here. 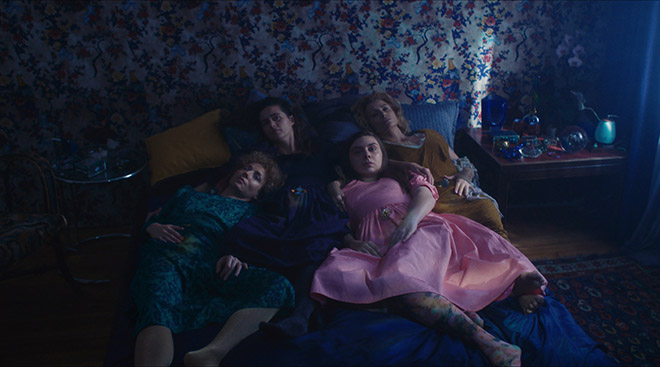 In 2084, when the male sex is near extinction, four women wait for their menstrual cycles to synchronize. They all want to become mothers and there can only be one donor. When the day comes, Donor finally appears at their doorstep. During a dinner he suffers an accident and seems to be dead.

… is an observation on everyday acts of male dominance, more so than about public transport etiquette. Because the phenomenon of “Manspreading” is a symptom of a much larger problem and not just a minuscule thing – it is an act of dominance that is the result of deep-rooted societal privilege borne of our patriarchal society. For all my sisters out there.
“You deserve to take up space.” – Chimamanda Ngozi Adichie

Washed (2012) is a a recounting of a violent event through the integration of narrative film and dance. A female laundry worker desperately attempts to abort the fruit of a violent encounter. When the consequences of her action are revealed, the memories she has repressed, re-emerge. Best Experimental Film Award, 7th International Film Festival Kratkofil Plus in Banja Luka, Bosnia and Herzegovina. Jury Prize, Dances with camera, Short Waves Festival, Poznan, Poland. 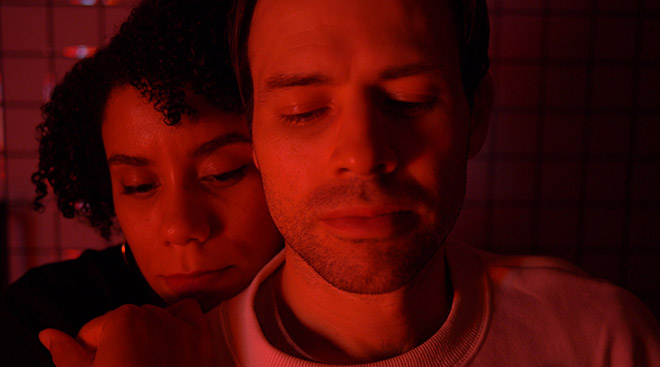 GRRL HAUS CINEMA is an ongoing program of short films and video art made by women, non-binary, genderqueer, and trans people. A mix of local, national, and international artists present work from a variety of disciplines: narrative, documentary, experimental, and conceptual. With an emphasis on low budget and DIY, GRRL HAUS is a space for underrepresented voices in the arts today. GRRL HAUS is not your typical film festival, instead of having one big event – we have multiple events throughout the year. Our goal is to show as many quality short films made by women, non- binary, genderqueer, and trans people to an international audience. We completely celebrate DIY culture and focus on sharing works to all different types of audiences. This can include audiences at international museums or to audiences at underground clubs. We believe that every audience deserves the chance to see these works, rather than just the typical film festival networking crowd. We want to reach all audiences and celebrate the inclusivity of creative and unique work in film. GRRL HAUS started in 2014 at the Brattle Theatre in Cambridge, MA, USA. Since then the event has showcased over 400 filmmakers, including multiple musical performances, video art installations, exhibitions and local vendors. In 2016 GRRL HAUS relocated to Berlin Germany and started hosting small screenings of local films. As we established are identity in Berlin we began to include music and arts.
More: https://www.grrlhauscinema.com/

Daphna Mero is a film director, choreographer and a professional dancer. She holds a B.Dance from the Jerusalem Academy of Music and Dance, a film diploma from Minshar for Art, Tel-Aviv and MFA in Film/Video from MassArt, Boston. Her work draws inspiration from locations, spaces, and sites. They deal with the human experience via a novel medium, which incorporates visual art and dance. Her short experimental films have been screened in film festivals around the world, and she has won many awards and prizes for her work. Short films: Family Trip (7 Min, 2008), Cotton Candy (4 Min, 2010), Washed (13 Min, 2012), Demeter’s Spring (20 Min, 2012), Migration (13 Min, 2015), Selfiesism – Dance Duet (5 Min, 2017), Selfiesism – inside out (7 Min, 2017), 4’33” Times Three: Homage to an Artist and a Chair (28 Min, 2018).

Anna Kasińska (born 1985) is a director, screenwriter and former producer based in Warsaw, Poland. She graduated in Culture Studies from Warsaw University and studied Film and TV Production Organization at Lodz Film School. She is an author of audiovisual and live performances (with i.a. Malta Poznan Festival, Nowy Teatr in Warsaw, Teatr Dramatyczny in Warsaw). For five years she was working as a producer and associate director for numerous short and full-length features and documentaries. “Synchronization” is her first film as writer/director.

Janaye Brown Janaye Brown’s video work explores perception of time, fragmented narratives and the unseen. Brown has exhibited at venues and film festivals including New York City’s Studio Museum Harlem, the Dallas Video Fest, The Banff Centre in Alberta, Canada and Shulamit Nazarian in Los Angeles. She has participated in residencies at the Skowhegan School of Painting and Sculpture and the Bruce High Quality Foundation University as well as others. Brown received her MFA in Studio Art from the University of Texas at Austin in 2013 and her BA in Cinematic Arts and Technology from California State University Monterey Bay in 2010. She currently lives and works in Shanghai, China.
More: http://janayebrown.com/

Charlot van Heeswijk was born in Wetzlar in 1996 and has been living and working as a freelance filmmaker and artist in Berlin since 2016. During this time she also worked as an editor, 1st AD, production manager and casting agent for music videos, short and feature films. In 2019, she began a Bachelor‘s degree in Theater and Film Studies at the Freie Universität Berlin. On the grounds of her strong ties to the electronic music and clubscene, she directed and edited the documentary STADT OHNE MORGEN (2020) in cooperation with the Berlin Clubcommission. In her narrative directing work she also places a strong emphasis on societal issues and queerfeminist narratives with state-funded and award-winning short films and music videos such as HYSTERIA (2021), FREI_RAUM (2019) (Winner at SHORT to the Point Festival 2019, Best of 2019 at GRRL HOUSE CINEMA) and STFU (2019) (Silver Selection at Berlin Music Video Awards, Official Selection at Choreo Scope International Dance Film Festival Barcelona). In 2020 she became a jury member for GIRLS GO MOVIE Filmfestival and co-founded the production company WESTWERK FILM.